Clinical trials have demonstrated significant benefit from low density lipoprotein cholesterol (LDL-C) lowering for primary andÂ secondary prevention of cardiovascular disease. In the US, it is well recognized that a substantial number of hypercholesterolemicÂ patients were not treated to the LDL-C goals recommended by the National Cholesterol Education Program (NCEP) guidelines. InÂ 1996, the Indonesian Heart Association (PERKI) has issued guidelines recommending goals for screening and lipid treatment inÂ Indonesia adopted from NCEP guidelines; however, the frequency of undertreatment in Indonesia is not known. The objective of thisÂ study was to determine the percentage of patients treated with lipid-lowering therapy who reached LDL-C goals as defined by NCEPÂ guidelines in routine clinical practice. This was a cross-sectional survey targeted physicians who regularly treated dyslipidemicÂ patients in 13 cities in Indonesia. Participating doctors were asked on their awareness of NCEP guidelines and to complete the caseÂ record form (CRF) of the enrolled patients. One-hundred and eighty-eight (188) out of four hundreds (400) physicians who wereÂ invited, have participated in this study. Among the evaluable 1420 CRF, 1082 patients received statins, 301 used fibrates, 14 patientsÂ used combination drugs, and 23 others received non-drug treatments only. Success rates on achieving target LDL-C in low-risk, high-risk,Â and CHD groups were 73.0 %, 43.6 %, and 14.8 %, respectively. Overall success rate in patients using statins was 55.1 %, whileÂ in low-risk group, high-risk group, and CHD patients, the success rates with statin were 77.8%, 50.1%, and 18.6 %, respectively.Â Atorvastatin showed the highest success rate (77.4 %) if compared to other statins. Only 14 % of physicians were knowledgeableÂ about the NCEP goals. Conclusion : A large number of dyslipidemic patients who were on lipid-lowering therapy were not achievingÂ the recommended LDL-C target levels. Success rates were lower in CHD patients and high risk group. Atorvastatin seemed moreÂ effective in lowering the LDL-C to target levels. There are still many physicians in Indonesia who do not aware about the NCEPÂ guidelines and LDL-C treatment goals. (Med J lndones 2001; 10: 103-9) 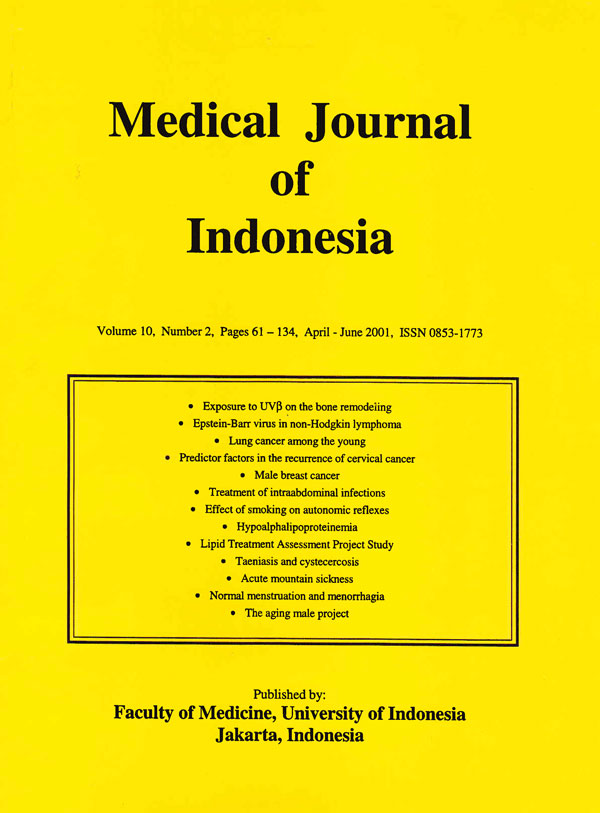