In 2005, a wild poliovirus (WPV) outbreak occurred in Indonesia. Some stool specimens from acute flaccid paralysis (AFP) subjects, showed negative laboratory results for WPV. The aim of this study was to identify several risk factors associated with negative WPV laboratory results. A cross-sectional study was conducted on all AFP surveillance stool specimens taken from the three districts where 58.9% of the outbreak cases occurred. Data were obtained from Bandung and Jakarta National Polio Laboratory regarding identity of cases; onset of paralysis; data on specimen collected (timing, dispatched, received, and tested); and results of the tests. In addition, field visits were conducted to the three districts for confirmation of data collecting methods, facilities, and field personnel. The Cox regression method for relative risk (RR) was used for analysis. The prevalence of negative results was 31.5%. Negative results at the beginning of the outbreak (February–April) were 60%, at the end of the outbreak (July–December) were 66.2%, and at the height of the outbreak (May–June) were 15.5%. Negative WPV results were related to delayed specimen collection, origin of district specimen, and the period of specimen collection. Delayed versus on-time stool collection increased the risk of negative results by 70% (adjusted relative risk = 1.70; 95% confidence intervals = 1.01 - 2.88). In conclusion, inappropriate timing of specimen collection, in particular during the early and late stages of the polio outbreak, needs special attention to minimize the risk of negative WPV laboratory results. (Med J Indones. 2007;16:122-6) 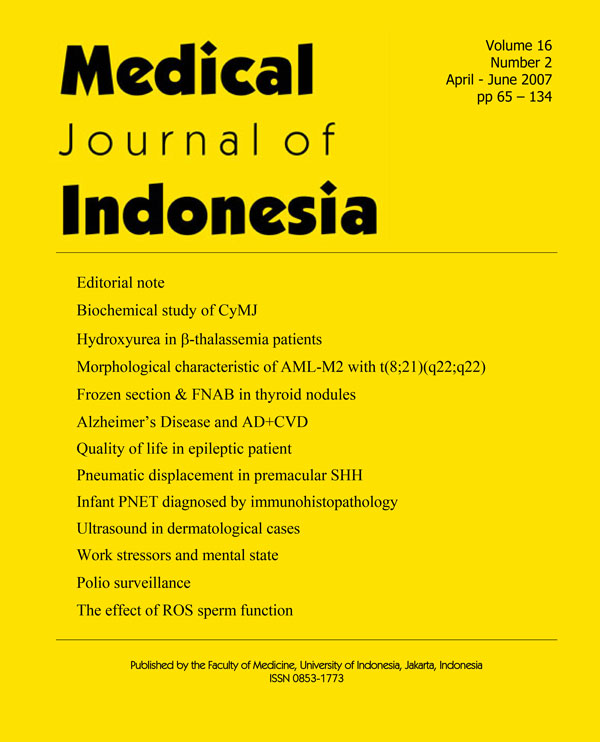