Migrant populations are often vulnerable, and various political, economic, cultural, historical and social situations can make it especially challenging to address public health issues. Not attending to these issues poses increased risks for the migrants, the people in the country they live in, eventually, the rest of the world. There are many locations high density with density population migrants throughout the world, amongst there are the Thailand/Myanmar border it is estimated more than one million migrants have crossed from Myanmar into Thailand. This area has one of Asia’s highest malaria infection rates and an increased prevalence of tuberculosis. In 2000, the Ministers of Health of Thailand and Myanmar met jointly to address the public health issues in the border area. Following this meeting the World Health Organization, supported by United Kingdom Department for International Development (DFID), provided funding to support program activities. This included the establishment of the Border Health Program which was initiated in 2001. The Thai/Myanmar Border Health Program sought to improve the health of the most vulnerable populations on the border, and key elements of the program were data collection and system development, coordination, training and information distribution. Implicit to the success of the program was ongoing coordination with the various players, including the governments, non-governmental organizations (“NGOs”), donors, researchers and UN agencies. Several lessons were learned which can be applied in similar settings, and needs for research and study were identified. (Med J Indones 2008; 17: 43-9) 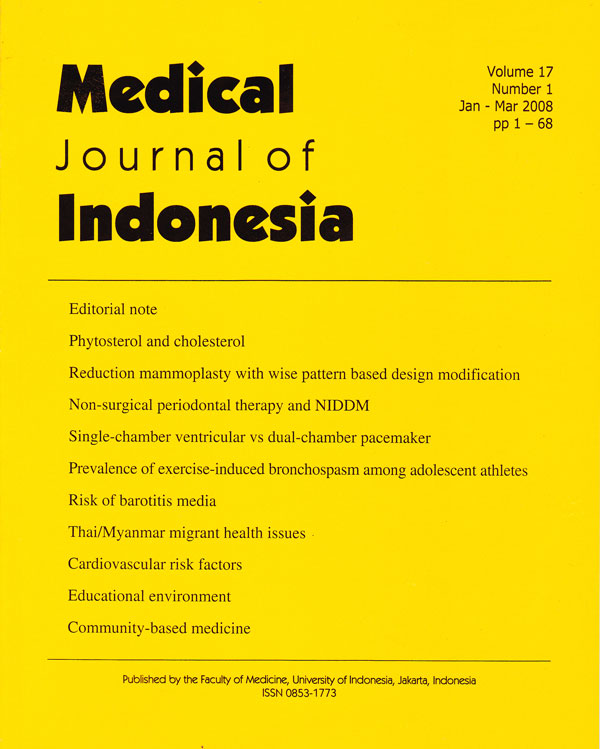