Introduction Protection against malaria requires a cell-mediated immune response which is initiated by releasing interleukin-12 (IL-12) from antigen presenting cells (APC). N-Acetyl Cysteine (NAC) is a precursor of glutathione, while glutathione itself increases IL-12 production. Treatment with NAC combined with artemisinin is supposed to increase cellular immunity of mice during Plasmodium berghei infection. The aim of this study was to measure the effects of NAC administration on the degree of parasitemia and plasma IL-12 level in mice infected with P. berghei and treated with artemisinin.

Results All mice treated with artemisinin mono-therapy and combined therapy had significantly decreased parasitemia (P=0.000). There was no significant difference (P>0.05) in decreasing parasitemia among treatment groups. The plasma IL-12 level increased significantly in both groups that received the combination of artemisinin and NAC constant dose and tapering dose compared with the group that received artemisinin mono-therapy (p < 0,05). Plasma IL-12p70 level in the combination of artemisinin and NAC tapering dose therapy group was higher than other groups on the 5th and 7th days post therapy. 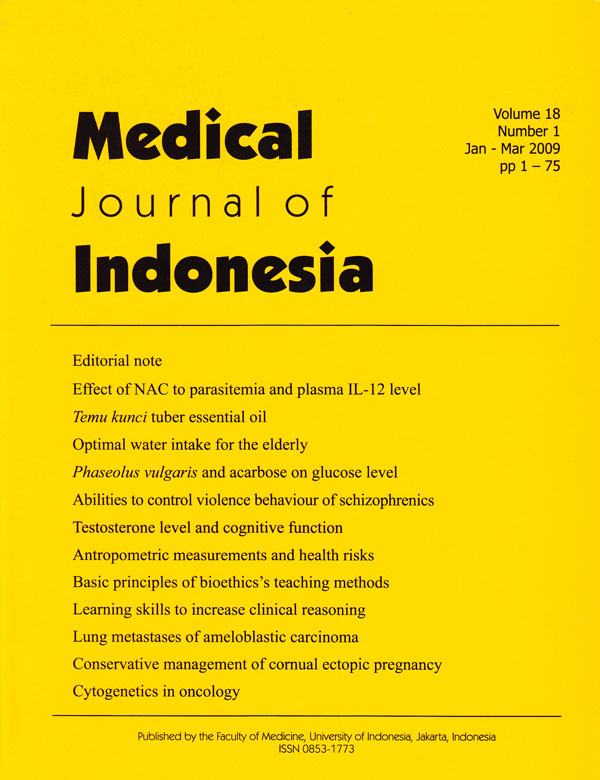