Aim To assesse the success of inducing pregnancies in the treatment of PCOS (Poly Cystic Ovary Syndrome) cases with in vitro maturation as a newly application technique in Indonesia.

Methods This paper is a report of 7 cases in Indonesia that used the newly developed technique. There were 7 cases confirmed PCOS, in which 1 patient with a history of OHSS (Ovary Hyper Stimulation Syndrome) in a previous IVF procedure and 1 patient with PCOS characteristics, suspected hyper responder, in the Family Hospital from January to May of 2009. Follicular induction was performed with a minimum dose, primming with HCG 10.000 IU, on the 10th day and 40 hours later ovum pick up was performed, followed by in vitro maturation. Subsequently, insemination was performed and the inseminated follicle was assessed. Well qualified embryos then transferred them into the uterus. We then performed assessment of pregnancy biochemically, by the presence of embryonic sac and embryonic heart beat.

Results We have performed the IVM (In Vitro Maturation) technique in the Family Hospital, West Jakarta, along with the TRB team of the Family Hospital in seven PCOS cases. From these patients, we have found 156 antral follicles (average of 22 follicles per patient), 82 oocytes, and after maturation, 61 nature oocytes (75 %). In three cases, in vitro fertilization was performed, while in 4 cases ICSI (In Cystoplasmic Sperm Infection) was performed. In these serial cases we obtained 41 embryos, and 22 fertilized embryos were transferred. Of 7 cases, we achieved two successful pregnancies (29%).

Conclusion In vitro maturation is an alternative procedures in solving infertility problems for PCOS patients with lower risk of OHSS and more cost effective than conventional IVF. (Med J Indones 2009; 18: 269-75) 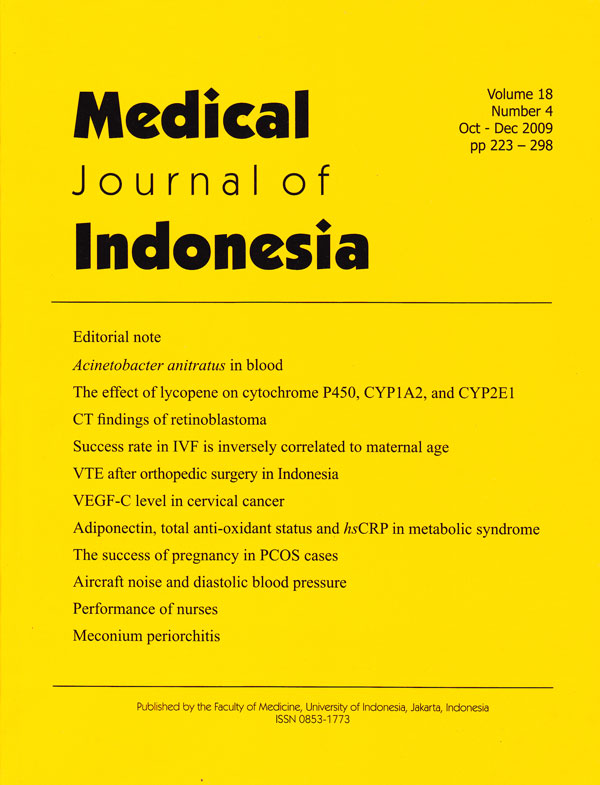