Demographic characteristics, risk factors and immunocytochemistry of p16INK4a, Ki-67, MCM5, and survivin as predictors for the progress of cervical precancer lesion

Aim To identify the predictive factors and biomarkers in the progression of cervical precancer lesion or CervicalÂ Intraepithelial Neoplasia (CIN).

Methods The study was conducted from August 2007 to September 2008. Design of the study was case-control withÂ stratifications of test dose response. The cases were patients with CIN. Control patients were non CIN patients. BivariateÂ analysis followed by multivariate analysis was conducted. 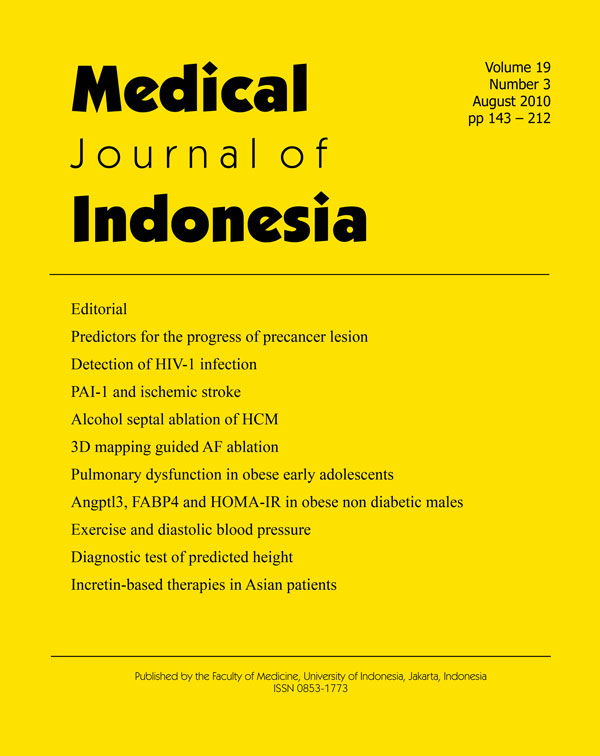