Aim: To access the proportion of Influenza which caused SARI cases

Methods: From April 2008 until March 2009, 549 samples of nasal and throat swabs were collected from SARI patients from eight hospitals in eight provinces in Indonesia. The samples were analyzed for Influenza by real-time RT-PCR method using several specific primers for influenza A (A/H1N1, A/H3N2 and A/H5N1) and Influenza B. The sequence of these primers was provided by CDC, Atlanta.

Conclusion: The majority of SARI cases were not caused by influenza viruses. From this surveillance the most common influenza  A related to SARI is A/H3N2. Facts of the avian influenza virus A/H5N1 cases have been found in Indonesia and the spread of novel virus influenza A/H1N1 in 2009 raised our concern about the importance of SARI surveillance. (Med J Indones 2010; 19:264-7) 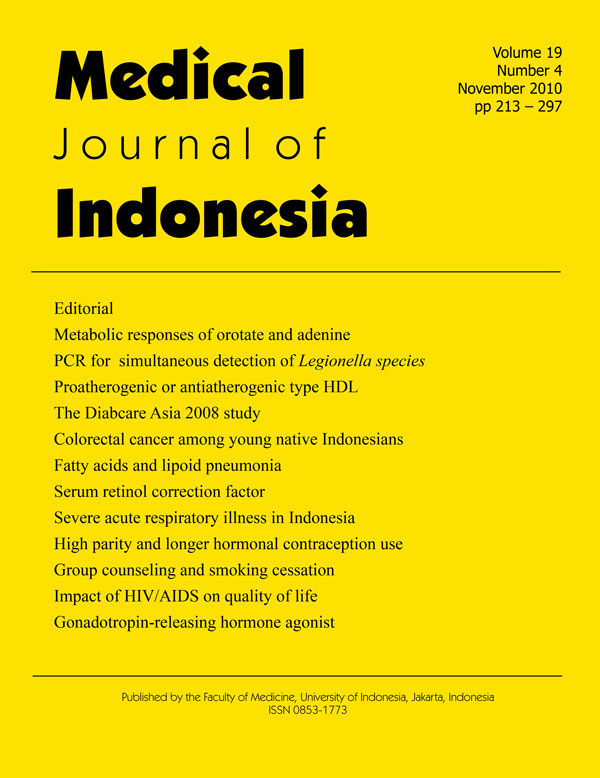