Background: Nasopharyngeal carcinoma (NPC) is a multifactorial genetic disease, characteristically endemic and shows considerable differences in its geographical distribution. Besides infection with EBV, genetic factors such as polymorphisms of TCR-β gene contribute to the incidence of NPC. This study investigates the association of TCR-β gene polymorphisms with individual susceptibility to develop NPC in Indonesian ethnic groups.

Methods: The study was carried out by the PCR-RFLP method using Bgl II restriction enzyme to digest TCR-β gene. The PCR-RFLP analysis of TCR-β gene was used to determine allotypes of TCR-β gene in NPC patients and control among ethnic Chinese and indigenous groups in the population of Indonesia. 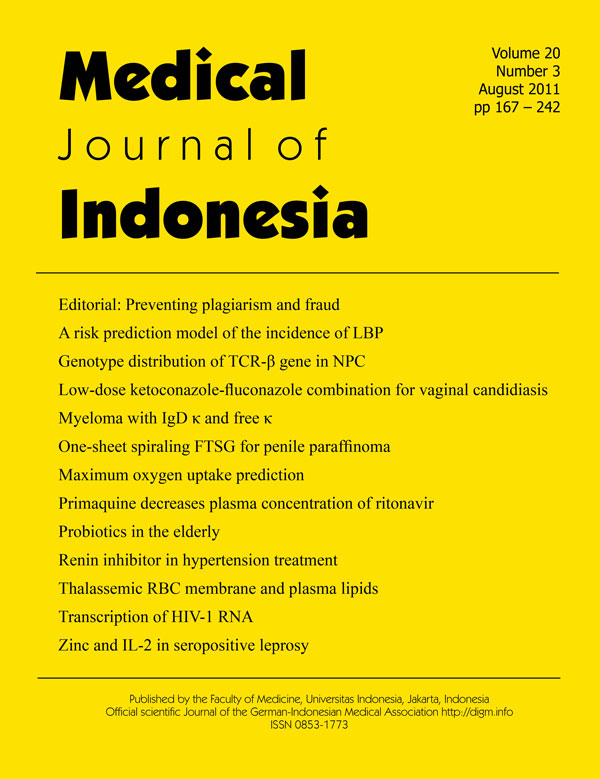