Epinephrine in the tumescent technique for hypospadia surgery

The use of tumescent technique, which contains epinephrine, in penile surgery has not been reported previously. Two patients with hypospadias had reconstructive operation using tumescent technique with a âOne-per-Milâ tumescent solution containing epinephrine intra-operatively. The results was a clear operation field, almost bloodless during dissection, and no complication on the penis after epinephrine injection with minimal edema. Apparently, the âOne-per-Milâ tumescent solution acts as a natural hydro-dissector creating avascular anatomic tissue planes for easier and more rapid dissection in surgery for hypospadias. We suggest that epinephrine is safe to be injected in penis as a future area of clinical practice. (Med J Indones. 2012;21:175-8) 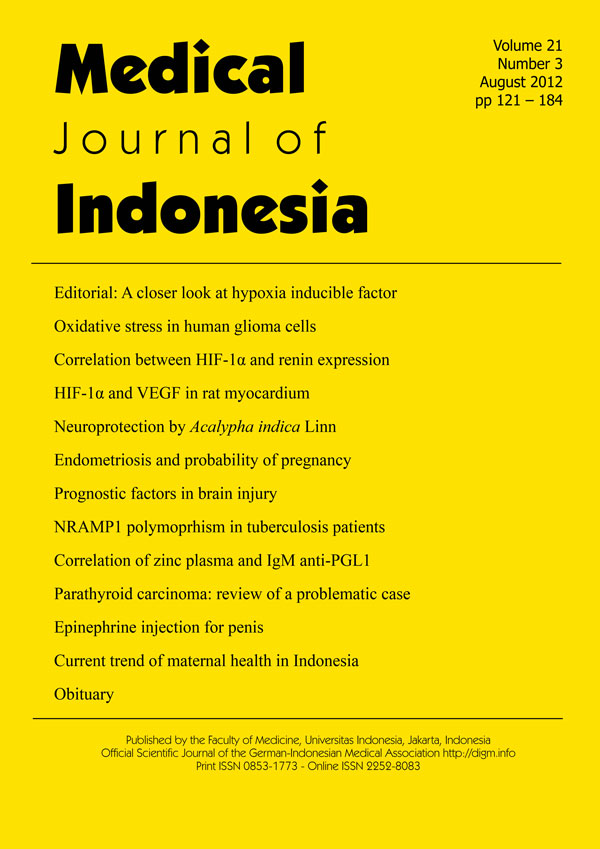