Long QT syndrome (LQTS) is an uncommon disease due to genetic defect and responsible for polymorphic VT (torsade-de pointes-TdP) and sudden cardiac death. A case of 25 year-old woman with palpitation, severe headache and recurrent syncopal episode since 16 year-old is reported. The ECG showed bigeminy ventricular premaure contraction (VPC) , prolonged QTc interval and abnormal T wave. Peripartal cardiomyopathy was diagnosed recently after the first delivery. In July 2002, she was hospitalized due to recurrent syncope, seizure proceeded by TdP and VF. On admission she need several times DC shock and temporary pacemaker with relatively high rate. Beta-blocker and implantation of dual chamber permanent pacemaker finally could control the malignant arrhythmias. During follow-up for 4 months, she was doing well and no syncopal episode occurred. (Med J Indones 2003; 12: 109-13) 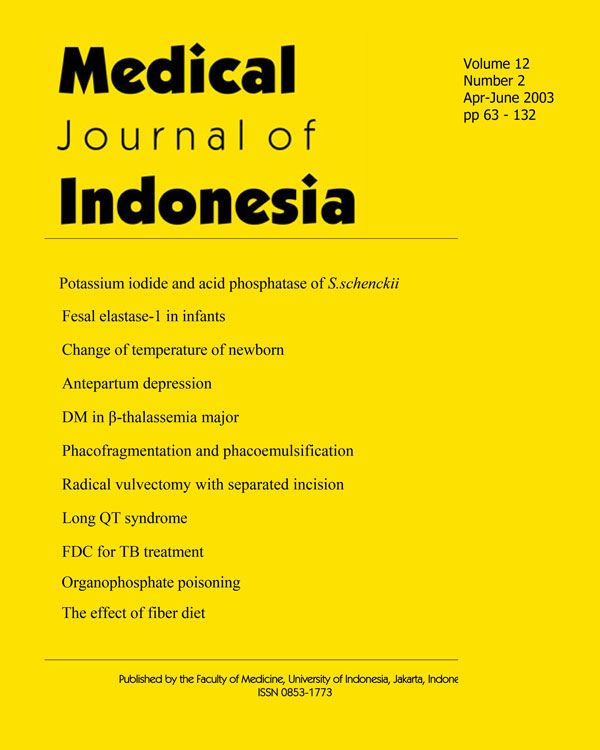