The aim of this study was to compare efficacy combination of phormoterol/budesonide turbuhaler vs. salbutamol/ipratropium bromide nebulization. Main therapy for acute asthma is inhaled short acting β2-agonist. Asthma patients are using two drugs, controller and reliever. Recently there is device-containing combination of long-acting β2-agonist with rapid onset and corticosteroid. This combination can act as reliever and controller. An opened randomized clinical trial of 76 patients between the ages of 12 and 60 years presenting to Persahabatan Hospital with asthma score between 8-12 participated in this study. After initial evaluation, patients were divided into two groups. Thirty-eight patients were administered combination of formoterol/budesonide 4.5/160 µg via turbuhaler (T-group) every 20 minutes, total of three doses, and another 38 of salbutamol/ipratropium bromide 2.5/0.25 mg via nebulizer (N-group) also with the same manner. There were no statistical difference in sex, mean age, high, weight, initial PEFR, and asthma score between two groups. The significant increased of PEFR and decreased of asthma score were observed in both groups. However, there were no significant difference of PEFR and asthma score between the two groups within every time-interval. Adverse events were mild including hoarseness, tremor and palpitation. Of T-group, 1 subject was suffered from 3 adverse events simultaneously (hoarseness, tremor and palpitation), 5 subjects were only tremor. Of N-group, all 6 subjects were only suffered from tremor. A combination of formoterol/budesonide turbuhaler and a combination of nebulized salbutamol/ipratropium bromide are clinically equivalent for treatment moderate acute asthma. However, nebulized salbutamol/ipratropium bromide had less adverse effects. (Med J Indones 2006; 15:34-42) 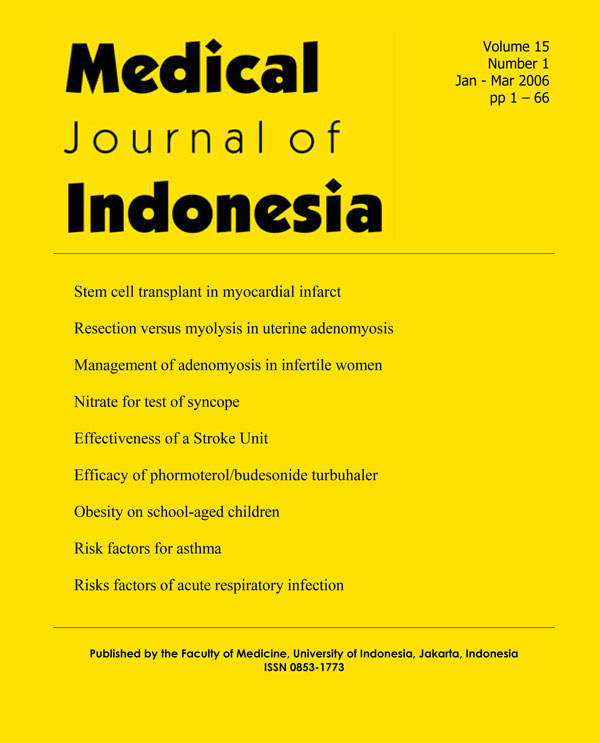 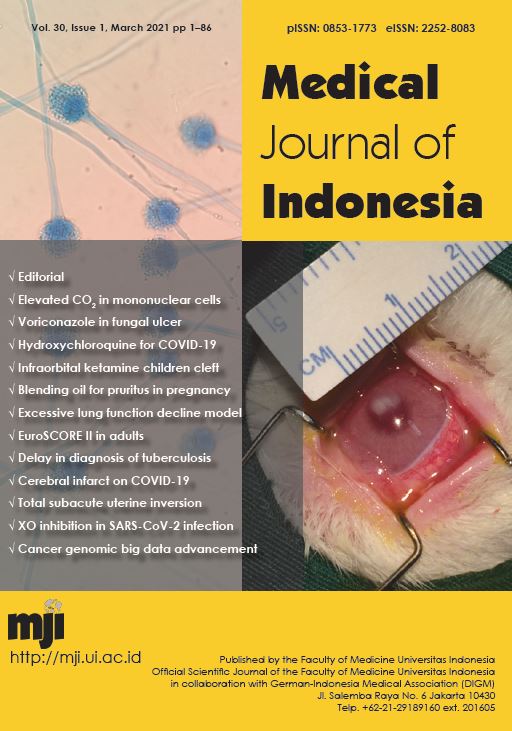